The story of this home stems back to the summer of 2017 when I first laid eyes on the house while driving in Millbrook, a neighborhood with long roots in North Arlington. My husband and I enjoyed exploring the hills of Millbrook because it felt out of DFW and reminded us of north Austin, where we frequented often in our early relationship. With no specific desire to move, I spotted this home which sat at the top of a hill and had a for sale sign out front. Instantly falling in love without seeing the inside, we talked it over the next weekend and ready to call our realtor, quickly found out the home was already under contract. Disappointed, we decided it wasn't meant to be but I placed a trigger on Zillow just in case the home ever became for sale again. Almost exactly a year later, I received a notification the home was for sale, assumed it had to be a glitch since it had been a relatively short period of time. Calling the listing agent right away, he confirmed it was for sale and I set an appointment to tour it that same day. Turns out the homeowners were both relocated for their jobs and had to move. We had already been in deep with our realtor for business related real estate which continuously fell through and I sent him an email late on a Thursday night ready to switch gears. He called the same night to talk it over and we had the home under contract before the end of the weekend.

Needless to say, I was over the moon we owned a house I'd only dreamed of and being an interior designer, the vision began immediately. The home was built in 1975 by an architect for himself and actually one of the very first homes in the neighborhood. This split-level modern era home had great bones with large angled windows overlooking the expanse of the neighborhood buried in trees. Due to it's setting, I knew right away that the feel of the home had to be an extension of the outside, and landed on a modern organic style direction that would delve into nature and nod to it's original era in a fresh way.

The Kitchen, while it had been updated since the 70's had some outdated features and was one of the most important remodels to initiate. The previous venting system was functioned by 2 outdated ceiling fans which were an eye sore and no longer worked well. The mutli-level island felt small and bulky, the cabinets were worn down and contrasted too sharply with the deep wood grains of the floor, and the dedicated pantry was a built-in that had pull-out drawers not properly installed due to the HVAC hidden behind so too much front weight caused a danger in the unit falling forward.

For the remodel design, the view from all the windows was a prominent feature and the design had to compliment the view. While most of the Living Room was already altered (stay posted for that transformation), I wanted to keep some original features of the home and the colorful Spanish tile lining the stair steps leading into the Kitchen felt like the right element to keep and the tile's nature-inspired color palette of blues and greens provided a great starting point to draw from.

Owning a design company, I am constantly looking for more resources for my clients, and my home tends to be the guinea pig on new contractors and vendors so that I can understand how they work before referring them to clients. This unfortunately was the downfall of why this Kitchen took a year and a half to complete and why it caused a labor of love, sweat and tears, literally. The initial conversation with the new cabinet company started in December of 2018. After discussing options and revising floor plans, they were finally ordered in May '19 and since it was a custom color inset option, the lead time was 8-12 weeks. When they finally arrived 6 months later in October, all of the door and drawer fronts were the wrong style - in come the tears (for a designer, that was like Christmas morning destroyed). Not able to anticipate this happening, the new tester contractor had already demo'd the old Kitchen, leaving us no choice but to install the cabinets, knowing we'd have to switch it all out in ANOTHER 6 months. In the meantime, the contractor who initially said there was already a down draft installed under the Kitchen, realized he was wrong, took twice as long as he estimated, just to leave us without completing the work and leaving us with a gift of badly wired electrical work and incorrectly installed plumbing causing an overflow through the brand new sink and bringing to light a new issue leaking water into the Living Room. After paying a separate electrician, plumber and handyman for all the repairs, painting ourselves (even a bit of sheetrock work), modifying the doorway from the garage to install a glass fluted door repurposed from the master bath (pretty proud of that one myself) and installing temporary hardware (because remember, the correct cabinets aren't even in yet), we were finally able to use a functioning Kitchen by Christmas. In May of 2020 our corrected cabinet fronts finally arrived and I am exhaustively eager to share the end result.

An earthy quartzite overlaying smoky blue inset cabinets is the base of the nature inspired color palette. Live edge shelves adorn the coffee bar and hand hammered cabinet hardware that mimic a subtle appearance of bark provide an organic warmth. Leather bar stools nod to the era and a hand-crafted molten glass chandelier adds a modern fresh touch. We installed a new down draft tunneled to the exterior wall through the garage which allowed for the new cooktop to vent properly and eliminated the need for a vent hood interfering with the view. The built-in pantry now stands taller and more properly balanced with spin-out space saving organization. We removed the ceiling fans, updated the recessed lights and incorporated a statement piece chandelier that more gracefully fills the negative space while keeping the open feel. The larger more functional island now has plenty of organization and all being one level expands the room visually. While we learned many lessons over the course of 18 months, I love my new Kitchen and still pinch myself everyday while soaking in the view, And even after this experience, you know I'm not done. Stay tuned for more of the Treehouse transformation adventure.

The stair steps that inspired the color palette direction -

I have many people to thank for this remodel happening. Shout out to Burlington Design Gallery. When I saw the Jadore quartzite in your showroom, I think I fainted. It was exactly perfect. Thank you to the DFW Handyman for saving the day with the new ventilation system and to Regina Andrew for working with me to get my desired color combination for the chandelier. Always so grateful to Superior Electric for being the most trustworthy electrician we're lucky to have met. And of course my husband for putting up with my crazy design needs. 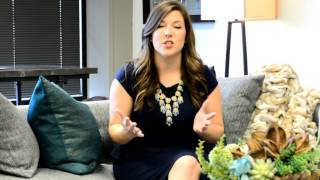 Why Hire an Interior Decorator?